Matthew: Hi, everybody. I’m Matthew Whitaker. And today’s subject, we’re going to talk about is the 2019 Legislative Update for the Colorado Landlord-Tenant Law.

There are four huge changes that have come down.

And today we’re talking with Paul Farrer, who is an attorney, an eviction attorney here in Colorado.

And he’s kind of been on the forefront of understanding this.

So he’s going to hopefully give us kind of a high-level overview of these four big changes. Hey, Paul.

Matthew: So Paul Is With Springman, Braden, Wilson, & Pontius, P.c., And I’m With Gk Houses Here In Denver.

These have been a hot topic over the last three or four years.

And in the last legislative session, they changed some ways of dealing with it.

So let’s jump right in.

Let’s Talk, Number One, About The Extended Cure Period

So, in a lot of cases, Paul, they’ve extended the cure period from 3 to 10 days. Tell me why they did that and how that affects us as a landlord.

Paul: Well, as to the exact reason why, I can’t really say that I understand all the ramifications of that.

I can say that our management partner firms spent a substantial amount of time down at the state legislature.

This originally started out as about a 14-day as opposed to a 10-day cure period.

In the end, you know, the two sides did come together and compromised on a 10-day cure period for certain things like demands for payment.

So, if you didn’t pay your rent, now, instead of 3 days, you got 10 days to pay or move, demands for compliance, non-financial breaches, you know, got 10 days to cure.

Repeat violations, which if you were served with a demand for compliance and then you did the same thing again, the landlord could serve a notice to collect for the repeated violation, again, there was a cure for that, but instead of 3 days to move, now you got 10 days to move.

Matthew: Awesome. And Then The Second Thing Is Applications. They’ve Kind Of Put Some Restrictions On Application Fees, Right?

Paul: Yes. Again, just the highlights here, the bottom line is, if you charge an application fee, it’s the same for everybody.

You can’t vary from that.

And the other thing to keep in mind is that you basically can only charge what it costs you.

There’s a lot of, I guess, strategies and complexities as to dealing with this particular piece of legislation, but that’s the base message to take away.

We Could Probably Dig Into!

Matthew: No, that’s perfect. Yeah, I mean, we could probably dig into that for another 30 minutes on what real cost is.

But, for the sake of time, we’re going to jump into the changes in the warranty of habitability. This is a pretty big deal.

Paul: Very big deal. Warrant of Habitability has been around since 2008, codified in the Colorado Revised Statutes.

This is the first revision since then, and it’s huge.

In the past, you know, the bottom line is landlords have to warrant that they’re only going to rent habitable properties.

If There’s A Problem, Then The Landlord Has To Fix It.

And landlord in the past got a reasonable time to do that once the tenant provided written notice.

Breaches can result in damages, lease termination, diminution of value, potentially withholding rent, all kinds of, you know, counterproductive things as far as landlords are concerned.

So, in order to breach in the past, basically, two things had to be present.

One, you had to have a condition of uninhabitability, which the statute outlines in detail.

You also had to have, you know, received written notice, and the condition had to be basically something that was dangerous.

So, just the fact that interior passage doorknob was not working properly was probably not dangerous, but it could potentially have been on this what we call a 505 list.

So, both those things had to be present.

It’s one or the other.

So, instead of being dangerous, now it materially interferes with human life, health, or safety, or is on the 505 list, whereas otherwise uninhabitable.

Matthew: So let me sum up what I heard.

In the past, it needed to be on both, right? That was the point. It had to be on both the 505 list and dangerous, is that fair to say?

Matthew: Now it’s saying that it needs to be on or. It’s not both, it is or, and then the other language they changed was from the word dangerous to the words…

Matthew: Okay, which is a big deal that they’re changing, you know, the language of that.

And then, we don’t want to jump too deep into it because you do hold thirty-hour classes on this one subject.

So, let’s talk too about, like, there’s also some response times built in here.

Hey, once you’ve been notified, you have to respond, and then you have to give them an estimate of when it’s going to be fixed.

Tenant Has To Provide!

Paul: Correct. So, in the past, as in this bill, tenant has to provide written notice.

One change is, written notice can now be electronic, the landlord can control, in the lease, what that electronic notice looks like as opposed to just a piece of paper and a wet signature, so, something to think about.

But once that written notice is received, in the past landlord had a reasonable time to respond.

Now, the statute specifies deadlines in which landlord must respond in order to avoid claim of breach.

So, the first deadline will be 24 hours after receipt of the written notice and the condition of uninhabitability.

Type Of Condition! (2019 Legislative Update for the Colorado Landlord-Tenant Law)

Then, depending upon the type of condition that’s reported, so, if it’s an emergency condition, something like a sewer backup, a flood.

My heater quit working in the middle of the winter, gas leak, you know, truly emergency situations, the landlord must commence remediation within 24 hours.

If it’s not an emergency, you still got the same 24 hours, “I got it” requirement, but you got 96 hours from the day of receipt in order to commence remediation.

If there’s mold, which is a new addition to the 505 list this year, then there are special things that have to be done as far as mold is concerned versus other sorts of issues.

We, You Know, Want To Seek Legal Advice!

Matthew: Just big changes and definitely not something you’re going to want to trust full-time to this video.

We, you know, want to seek legal advice, or seek somebody to help you with some of these kind of new issues.

Let’s jump into the last one, bed bugs.

You know, this has been eaten up in the news, and talk about how the 2019 Legislative Session handled the bedbug issue that’s going around.

In the Warrant of Habitability Statute that we just touched on, extermination was part of the 505 conditions when there was an infestation of any kind or pest or vermin, so that covered bedbugs.

Now, at least effective January 1, this is not a do-it-yourself project anymore.

Again, we’ve got the deadlines, there are specific deadlines set forth in the statute the landlord has to comply with, you got to hire qualified inspector to check the thing out.

You got to hire qualified applicator in order to treat a problem if you do find it, and then there’s certain steps that you have to take depending upon whether or not bedbugs are found or not.

If they are, contiguous units can be involved.

So, there’s a whole set of directions in the new statute on how bedbug problems need to be handled officially starting January 1.

As We Wrap Up, Kind Of The Thought!

Matthew: So, Paul, this brings to mind, as we wrap up, kind of the thought I always tell clients and landlords is, just because you don’t know a law does not mean you’re not responsible to follow it.

And so, as this kind of complicates matters here with these changes to the Colorado Landlord Tenant Law, just because it complicates it for you as a landlord does not mean that you can just kind of brush it off and not follow it.

But standing in front of the judge and saying, “I didn’t know that this was a law,” is not an excuse.

So, Paul, I want to say how much I appreciate you walking through these kind of four changes and hitting just the highlights.

Obviously, if you’re watching this video and you would like to reach out to Paul Farrer or me, Matthew Whitaker at GK Houses, we would love to help you wade through any specific situation you have.

Paul, thank you so much for your time. 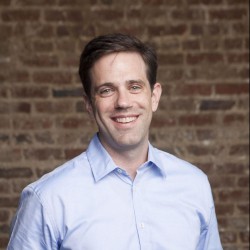 Matthew Whitaker
CEO at Evernest
Matthew is the CEO of Evernest. He is a student of the book Good to Great and is passionate about building the best property management company on the planet (and maybe even the universe if Elon Musk will hurry up). You can usually find Matthew at the baseball field with his son, at a dance recital with his daughter, or at his favorite restaurant with his wife, when he’s not in the office. And if you can’t find him in any of those places, it probably means he’s traveling.

How To Evict A Tenant In Colorado?
Should I Allow Pets In My Birmingham Rental Property?